The following is a line item of things that we will put the funding towards.

Each of the above bullet points will be made into a Github Project in the gcash top level repo. Each project will be broken down into individual issues in the relevant repositories. The progress towards each project will be publically visible on github.

Detailed Description of Each Repo:

Alternate address to donate funds to that will be forwarded to flipstarter: qq4je65ygaxqnrepjakden5cea0qc9ckcummgwr4lf 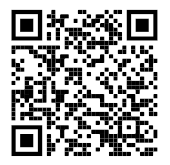